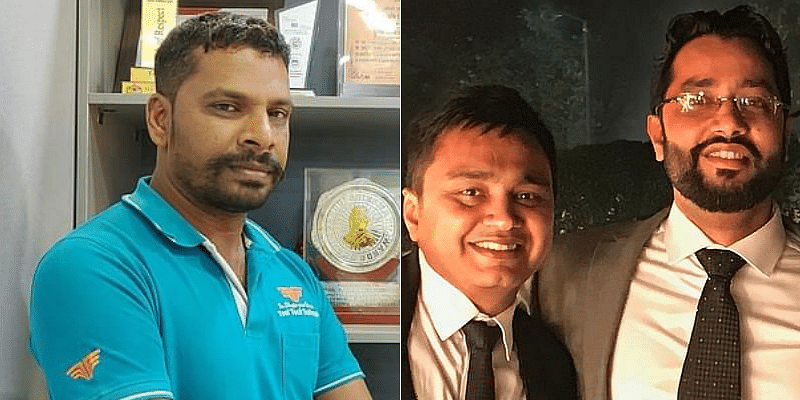 At the end of the day, what matters most in the success of the business is the determination and grit of the entrepreneurs. Starting a business may not be so difficult but to sail it through highs and lows and hit the goal is what defines success.

This week, SMBStory covered inspiring stories of entrepreneurs who built successful businesses with a concoction of strong determination and grit.

Established in 2004 from a second-hand shed that no one wanted to rent because of a fire accident earlier, Tool Tech Toolings is a well-known name in machine tools employing 400 people and recorded revenue of Rs 82 crore in the pandemic year.

Founded by Sunil Kirdak in Aurangabad who had a dream to build a world-class factory, the path to building a successful business wasn’t easy as he says,

“Dreaming big is not the foundation on which middle-class aspirations are built in India.

From leaving a 9-5 job to a broken partnership, Sunil went through his own set of struggles before starting his own business and it took him years to today have marquee clients like Bajaj Auto, Honda, Yamaha, TVS, Volkswagen, Skoda, Royal Enfield, and Siemens.

The lockdown imposed during the first wave of COVID-19 had gravely wounded the manufacturing and supply infrastructure of the world. The restrictions made it difficult for the entrepreneurs to run smooth operations and so was the case with Pune-based I-Attire, a B2B manufacturer of corporate uniforms.

Ashish Sahay, Director, says that the company had a fairly decent manpower of 350 employees to look after. Moreover, it didn’t want to let go of any of them since they have been with the company for so long.

“The only thing that came to my mind was manufacturing PPEs and face masks,” he adds.

The company started distributing the masks and PPE suits to government hospitals, NGOs and even the police in Pune. Word got around as the company received queries, and in July 2020, I-Attire bagged a deal with Indigo Airlines to provide PPE suits to them for its crew and passengers.

Other top picks of the week:

Tamilarasan Praveen was working as a textile technologist in Germany but after coming back to India in 2015, he joined his Coimbatore-based family business, Thamson Group (started by his father), which has several verticals in the fields of steel, iron, and textiles.

However, one of the things that Praveen found unmissable in Germany were disposable toilet seat covers. “I realised that there was a requirement for these seat covers in India as well,” he recalls in a conversation with SMBStory. Since not many players were producing this product, he decided to dive in.

In 2016, he started making toilet seat covers for the Indian market under a separate vertical – Sauber Intech. Around Rs 25 lakh was invested in the plant and the machinery. Praveen says that additionally, loans were taken for buying/renting the vehicles. In all, the total capital of Rs 1.5 crore was invested to start the business.

When the nation went into lockdown in March 2020, the owners of Meerut-based Hotel Harmony Inn had to shut the business and send their staff home almost overnight.

“At Hotel Harmony Inn, we have facilities such as restaurants, rooms, banquets, party halls, conference rooms, etc. When the lockdown was announced, our cash flows from all these streams were stopped suddenly. We realised we needed to take some difficult and harsh calls in order to stay afloat,” says Amit, the director at the hotel.

As the owners waited and watched for signs of unlocking, they realised food delivery to customers’ homes could help the hotel survive in the meantime.

Mayank Miglani, a second-generation entrepreneur and the son of co-owner Rajesh Miglani, says:

“Our rooms and banquet business were bringing in zero revenues. So I looked at Zomato and Swiggy and took notes regarding how other hotels were being listed. I got a photoshoot done for our restaurants’ menu items, and enlisted ourselves on these apps. We also set up a couple of cloud kitchens for affordable biryani and Chinese cuisine.”

These efforts brought in close to Rs 12 lakh in revenue, Mayank claims. Although a far cry from the hotel’s pre-COVID annual turnover of Rs 9 crore, revenue from online deliveries helped keep the hotel ticking till lockdown restrictions were eased and the owners could once again focus on their core business.

Now, for the owners, keeping Hotel Harmony Inn running is all about preserving their dream of running a hotel business together.

“We were thinking of reaching Rs 9 crore revenue again, but because of the second wave, I don’t think it’s possible. Nevertheless, we are confident of clocking at least Rs 5 crore revenue even if there is a third wave. In two years, as the impact of the pandemic recedes, we hope to reach Rs 12 crore,” says Mayank.

WASHINGTON (BLOOMBERG, AFP) - Facebook is facing renewed fury from Washington after reports suggested the company knew, but did not disclose, that its … END_OF_DOCUMENT_TOKEN_TO_BE_REPLACED