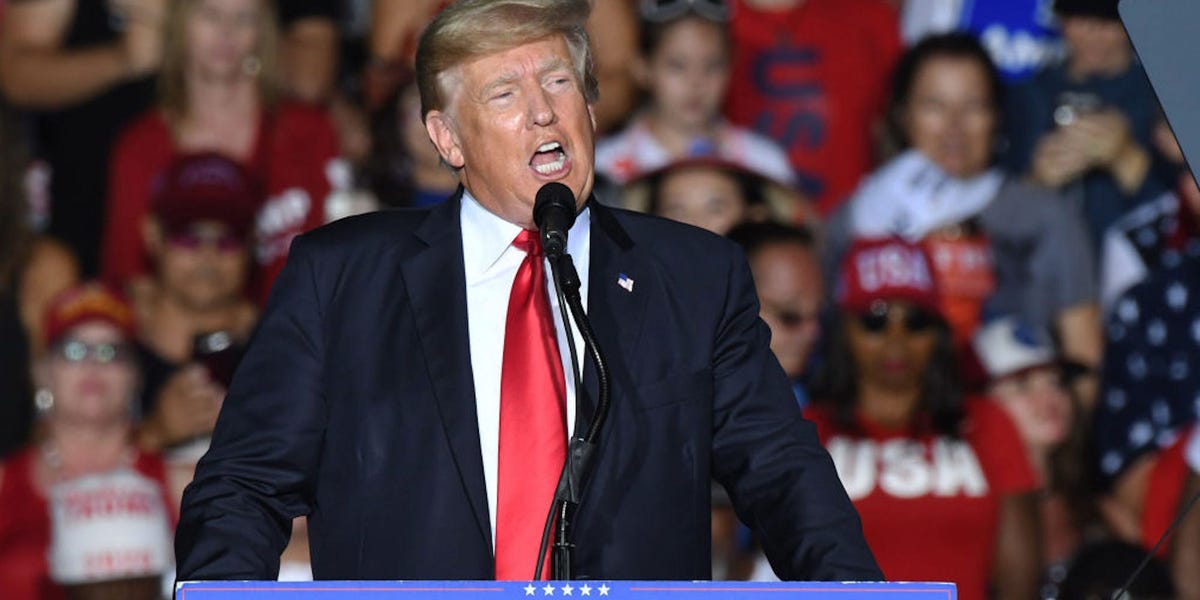 Former President Donald Trump used a rally in Florida on Saturday to rail against the prosecution of the Trump Organization and its CFO.

Both are accused of dodging tax with an elaborate system of benefits, from utility bills and rental payments to the schooling feeds for CFO Allen Weisselberg’s grandson.

In the course of attacking the prosecution, Trump appeared to confirm the existence of the arrangements — which in court have the status of allegations by prosecutors rather than established fact.

Trump’s argument appeared to be that his company’s approach to tax was one that anybody might take, and that Manhattan prosecutors were acting disproportionately by pursuing a prosecution.

“They go after good, hard-working people for not paying taxes on a company car,” Trump said.

“You didn’t pay tax. Or education for your grandchildren. I don’t even know. Do you have to? Does anybody know the answer to that stuff?”

Prosecutors from the Manhattan district attorney’s office filed 15 charges against the Trump Organization on Thursday, alleging that Weisselberg received perks totalling $1.7 million as a way of dodging tax. Weisselberg has denied the accusation.

Trump has claimed the investigation is politically motivated, and on Saturday attempted to downplay the seriousness of the alleged offences.

Trump’s defense was resembled his statement after Weisselberg was charged last week, in which he claimed that the fringe benefits are “standard practice throughout the U.S. business community, and in no way a crime.”

Though the use of fringe benefits for employees at companies is quite common, tax experts told the Associated Press those that Weisselberg received are beyond the norm.

The experts said they appeared to be a significant part of his compensation, and therefore could likely be considered part of a tax avoidance ploy.

The charges are said to be part of a broader investigation into the Trump Organization’s business practices.

The former president has resumed rallies amid rumors he is considering another presidential campaign in 2024.

The investigations into his businesses could have major implications for his political future, miring him in scandal as a gears up a prospective bid to return to power. Trump has not been charged with any wrongdoing himself.

(The Center Square) – A federal judge has ruled Union City farmer Robert Holman’s lawsuit against the U.S. Department of Agriculture over COVID-19 … END_OF_DOCUMENT_TOKEN_TO_BE_REPLACED