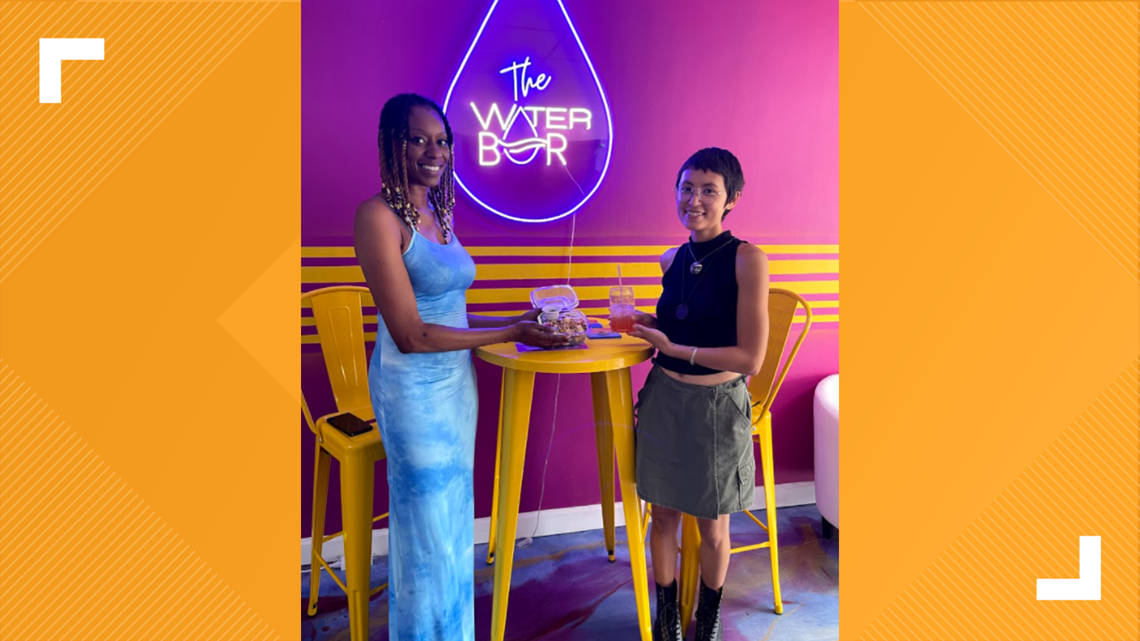 Savita Jones, 37, and Da-Vi Jinda Em, 29, are entrepreneurs with businesses in the Murray Hill community.

Jones is the CEO and founder of AlkaVita Alkaline Water, LLC, the first Black woman-owned alkaline water store in the U.S.

As Jacksonville continues to grow and develop, these two business owners could’ve set up shop anywhere in the city but they chose to do so in Murray Hill.

“Growing up my parents always instilled in my mind that the Westside, that’s where all the crime is. But, when I’m over here I see all of the opportunities that these entrepreneurs are able to take advantage of and prosper. I can feel the culture growing over here,” Jinda Em said.

The restaurant owner comes from a multi-cultural background with Cambodian, Chinese, German and Irish roots. Culture and community are important values for Jinda Em, which is what she found on the Westside.

“I hear about the reported crime but I don’t see any of it. I know there are little isolated incidents that happen but nothing that impacts the community as a whole,” Jinda Em said.

Contrary to what some may believe when Jones thinks of the Westside she thinks of the community first. “I’m not familiar with a lot of crime in this area but I feel like as long as we’re keeping the focus on connecting and growth within the community then we’re going to be fine,” Jones said.

For all of the negative things people are hearing, Jinda Em said “we have to remember there is an equal greater positive side and energy that radiates out in this community.”

As the two businesses collaborate together, the AlkaVita water bar is adding vegan grab-and-go snacks and food to its menu along with new nutritious drinks. Murray Hillbilly will also be selling AlkaVita’s alkaline water and signature drinks. This new partnership kicks off at the end of July.

“I feel like our purpose is multifaceted. Yes, it’s to bring more people to the area, but it’s also to help the individuals who want to make a change to their health who are trying to transition but don’t really know how to do so,”  Jinda Em said.

The partnership is more than just food. The women say they’re planning to host events that promote consciousness, peace and mediation.

The business owners hope their partnership will help shift the negative narrative many people may have about the West Side and Murray Hill.

Impact on the community

Local vendors contribute to the ingredients used for the beverages sold at the water bar and the produce at Murray Hillbilly. Not only are these like-minded entrepreneurs helping the community by providing them with more healthy food and drink options but they are also supporting Jacksonville-area vendors by using homegrown products.

“Plant-based food and using natural organic ingredients helps people transition into a healthier lifestyle with food that they are already used to,” Jinda Em said.

Aside from the healthy impact, one unique thing about the water bar is that it also serves as a coworking station, where people can create, write and work in a positive atmosphere.

Redefining the face of entrepreneurship

As a Black business owner, Jones said her role is to bring education and resources to the community.

“With the co-working station, I’m providing people with resources to the internet and space where individuals can come here to connect, talk and network,” Jones said.

Jinda Em said she wants to inspire minorities and motivate young women. “I just hope to be that influence and to encourage the Cambodian community that is in the Murray Hill area,” she said.

When it comes down to giving advice to female entrepreneurs, both women agree that it’s essential to “tap into your feminine and creative energy.”

“Don’t give up. Be yourself and connect with those that are drawn to you being yourself. There aren’t that many women in the water store business, however, that didn’t deter me away from my end goal,” Jones added.

And when looking at their partnership, they want aspiring entrepreneurs to know that being a woman or a minority shouldn’t limit you.

Surrounding business owners in the Murray Hill community have been very welcoming and supportive of new businesses in the area.

“Murray Hill is community-driven and has different opportunities and resources for everyone to take advantage of, you just have to connect with the right people,” Jones said.

Furthermore, Jones and Jinda Em aren’t focused on the crime but are devoted to showing the community that their businesses and partnership are driven with the sole purpose of serving and progressing forward.

To learn more about the Murray Hillbilly restaurant visit Murrayhillbilly.com.

WASHINGTON (BLOOMBERG, AFP) - Facebook is facing renewed fury from Washington after reports suggested the company knew, but did not disclose, that its … END_OF_DOCUMENT_TOKEN_TO_BE_REPLACED