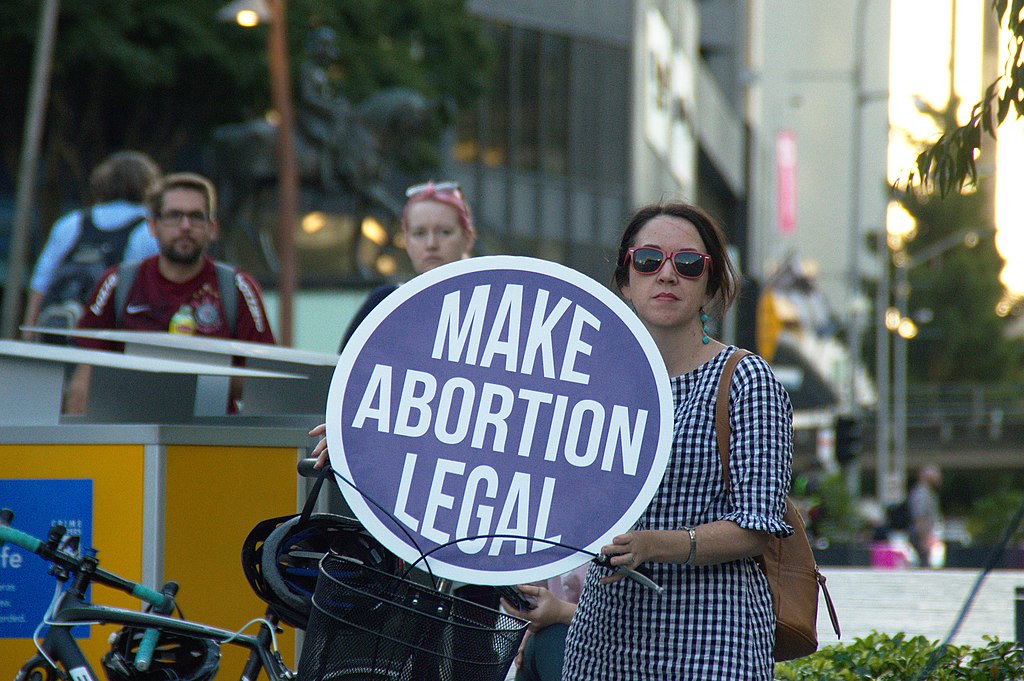 A pro-abortion rally in Seattle in 2019. (Seattle City Council / Flickr)

Dr. Sukesh Sharma has worked as a gynecologist and surgeon for more than 40 years, providing services like safe abortion and tubal ligation to women in India. While he has seen progress in women’s reproductive healthcare since he started more than four decades ago—“At that time there were many untrained people doing abortions,” he said of his early career—he has also seen how U.S. politics have interfered with access to safe abortion and other services for Indian women.

Six times, Sharma has seen the global gag rule instated or repealed, cutting off funding for his services and others, putting the lives of the women he serves at risk.

The global gag rule, officially known as the Mexico City Policy, bans U.S. funding to health organizations that provide or refer to abortion—regardless of what other essential health care services they provide. While the global gag rule has come and gone, one U.S. policy has remained in place Sharma’s entire career: the Helms Amendment. Passed in 1973, this amendment bans the use of U.S. foreign aid funding for abortion care directly. Now, this anti-choice policy might be on the way out.

Fifty Years of the Helms Amendment

Passed in the wake of Roe v. Wade, the Helms Amendment prohibits funds for abortion “as a method of family planning.” The amendment was introduced by North Carolina Senator Jesse Helms in response to the Supreme Court’s decision in Roe v. Wade.

Even when the global gag rule is rescinded, the Helms Amendment stands in the way of women getting the health care they need. Even during the Clinton and Obama administrations, American global health funding programs such as USAID have interpreted the amendment to ban abortion even in cases of incest, rape or when a woman’s life is at risk. It’s also been used to prevent the purchase of supplies used for life-saving care after unsafe abortions, on the grounds that they could be used to provide abortion.

As a result of this policy, poor women around the world—including the women Sharma serves in India—are prevented from making the best choices for themselves and their families.

“I decided to join MSI because the clients they cater to are from poor and underserved communities,” Sharma said.

But organizations like MSI are denied U.S. funding for abortion care. For women, that means fewer options for safe abortion, even where it’s broadly legal, as it is in India, which first legalized abortion in 1971 and recently passed an amendment to expand access even further. As a result, women turn to unsafe providers or are forced to carry pregnancies they do not want.

Repealing the Helms Amendment Would Save Lives

The House Appropriations Committee recently voted to advance a budget bill which repeals the Helms Amendment. If passed, U.S. funding could become available for safe abortion care for the first time in 50 years—and the consequences for women could be profound.

The United States is the single largest donor to health care programs worldwide. As a result, the repeal of the Helms Amendment could help the 35 million women in low and middle-income countries who currently turn to unsafe abortion each year.

The Guttmacher Institute estimates that repealing the Helms Amendment will have a dramatic impact on women’s health, with 19 million fewer unsafe abortions each year and 17,000 fewer deaths. Overall, deaths due to abortion in countries where the U.S. funds family planning programs and some abortion is legal would decline by a staggering 98 percent.

Dr. Carole Sekimpi, country director for MSI Uganda, agrees with Guttmacher’s analysis. “If U.S. funding were available for abortion care, we wouldn’t register a higher incidence of abortion than we have already,” she said.

In Uganda, abortion is only permissible when a women’s life is at risk—but because of the Helms Amendment, even that life-saving care cannot be paid for through U.S. funding.

Sekimpi continued: “[If Helms were repealed], I would anticipate reduced morbidity and mortality, and perhaps a decline in the incidence of abortion due to preventive interventions like sexuality education and wide access to contraceptives.”

Beyond the Helms Amendment

A pro-choice activist in Brisbane, Australia, in September 2018. (Wikimedia Commons)

The Helms Amendment is just one way that U.S. politics influence the lives of women in developing countries. Unfortunately, repealing Helms is only the first step towards truly ensuring choice for women wherever they live … which brings us back to the global gag rule.

President Biden repealed the global gag rule as one of his first acts in office. But without action from Congress, the next Republican president can reinstate it—a back-and-forth that forces program closures at organizations like MSI Reproductive Choices and leaves women without access to contraception, HIV/AIDS treatment, cervical cancer screening and other vital health care.

MSI calculates that the funding lost over President Trump’s four-year term could have been used to serve 8 million more women and prevent 6 million unintended pregnancies through provision of contraceptives and sexuality education. Those measures in turn would have resulted in 1.8 million fewer unsafe abortions and the health risks and deaths that follow.

A Rare Opportunity for Women

Pro-choice leaders in Congress have introduced the Global HER Act, which would permanently repeal the global gag rule. This, combined with legislation to repeal the Helms Amendment, would have life-saving impact on women around the world. But if Congress remains deadlocked, a rare chance to improve women’s lives will be wasted.

Sekimpi in Uganda points out the profound influence U.S. policy has far beyond its borders—not just directly, through funding, but by shaping global norms:

“The U.S. stance on all matters, including sexual and reproductive health, influences what happens in the rest of the world. In addition to withholding vital funding, restrictive U.S. policies drive stigma and embolden those opposed to reproductive health, limiting access and ultimately causing the needless deaths of women and girls.”

From MSI’s center in Jaipur, Sharma reflects on the changes he’s seen over his long career: “Things are improving as compared to when I started 40 years ago. People will eventually accept abortion, but it will take time.”

For now, the women he serves must continue to wait for the U.S. to end its anti-abortion policies.

If you found this article helpful, please consider supporting our independent reporting and truth-telling for as little as $5 per month.

WASHINGTON (BLOOMBERG, AFP) - Facebook is facing renewed fury from Washington after reports suggested the company knew, but did not disclose, that its … END_OF_DOCUMENT_TOKEN_TO_BE_REPLACED