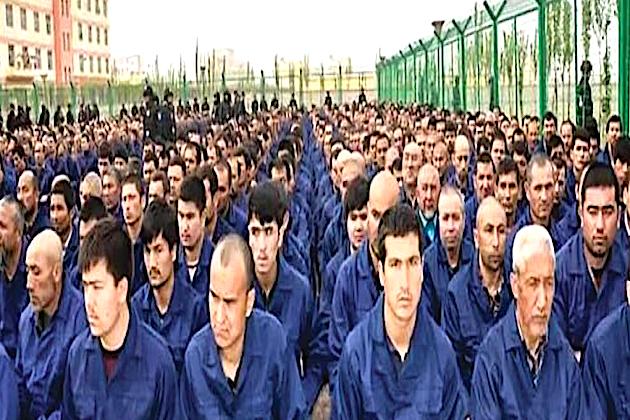 WASHINGTON D.C.: The Biden administration, on Wednesday, advised businesses with supply chain and investments in the Chinese city of Xinjiang that they could face legal sanctions for doing business in a region where Beijing is accused of using forced labor, along with human rights abuses being committed against its Uighur Muslim citizens.

The United States has repeatedly accused China of committing gross rights abuses in Xinjiang, including on Monday in a State Department report on atrocities being committed worldwide.

Western nations have accused China of interning more than one million Uighur and other Muslim minority citizens since 2017 in Xinjiang camps, where they have been subjected to forced labor, sterilizations and disappearances. China has rejected the accusations, claiming the camps are for re-education, in a bid to stamp out terrorism. Others have said the purpose of the camps is an attempt to erase the Uighur culture and to force the minority to assimilate.

The United States has imposed punitive measures against China due to its conduct in Xinjiang. Sanctions and prohibitions on products from the region have been enforced.

On Tuesday, the U.S. departments of State, Commerce and Homeland Security and the Treasury warned that companies doing business in Xinjiang “could run a high risk of violating U.S. law.”

“The People’s Republic of China government continues its horrific abuses in the Xinjiang Uighur Autonomous Region and elsewhere in China, targeting Uighurs, ethnic Kazakhs and ethnic Kyrgyz who are predominately Muslim, and members of other ethnic and religious minority groups,” the departments said. “These abuses include widespread state-sponsored forced labor and intrusive surveillance, forced population control measures and separation of children from families, mass detention and other human rights abuses amidst ongoing genocide and crimes against humanity.”

Meanwhile, U.S. Trade Representative Katherine Tai said in a statement released on Tuesday that the warning reflects the Biden administration’s intention to hold China to account. She also praised those nations that have banned the import of goods from Xinjiang, including Canada and Mexico.

Also, the European Union issued a business guidance on Tuesday to counter the use of forced labor in the global supply chain.

WASHINGTON (BLOOMBERG, AFP) - Facebook is facing renewed fury from Washington after reports suggested the company knew, but did not disclose, that its … END_OF_DOCUMENT_TOKEN_TO_BE_REPLACED