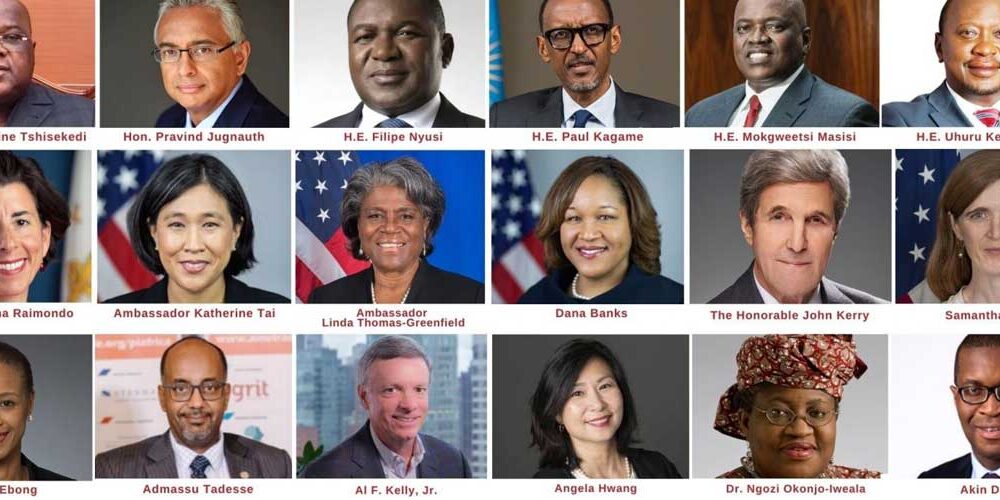 Corporate Council on Africa, the leading reputable U.S. business association with a strategic focus on connecting business interests between the United States and Africa, has held the 13th Summit. The U.S. government and private sector leaders together African political and corporate business leaders have been working consistently over these years to share insights on critical issues and policies influencing the U.S.-Africa economic partnership.

In his remarks during the opening plenary session, Mauritian Prime Minister Jugnauth captured a sentiment expressed by the leaders when he stated that he “fully subscribe(s) to an integrated and prosperous Africa entering a mutually beneficial and strategic partnership with the U.S.”

Rwandan President Paul Kagame noted in his inspiring speech “the Corporate Council on Africa has been the voice of private sector engagement between the United States and Africa for a quarter century.”

In addition to African Heads of States, a host of African Ministers of Trade, Energy, Agriculture, Investment, Information Communications and Technology, and Infrastructure from more than ten countries across the continent also participated in various Summit sessions.

Among the highlights, Secretary of Commerce Gina Raimondo noted that “now is the time to strengthen U.S.-Africa economic relations” and Dana Banks, White House Senior Director for Africa, announced the Administration’s request for $80 million in additional funding to jumpstart the Prosper Africa Build Together Campaign that will drive billions of dollars of investment in Africa, build new markets for American products and create thousands of jobs for both African and American workers.

There were five dynamic sessions focused on health, addressed the COVID 19 pandemic and recovering from its economic impact. Building on CCA’s ongoing U.S.-Africa Health Security and Resilience Initiative, which includes a pillar on disease management and response, a high-level Summit plenary session focused on equitable COVID vaccine access and distribution.

During that session, Pfizer Biopharmaceutical Group President Angela Hwang, announced its partnership with the South African Biovac Insitute to manufacture and distribute the Pfizer COVID-19 vaccine within the African Union – the first such arrangement for African production of the mRNA COVID vaccine.

Dr. Ngozi Okonjo-Iweala, Director-General of the WTO, announced the three roles WTO can play to help end the COVID-19 pandemic including, monitoring export restrictions and prohibitions to ensure goods move from one place to the other; working with the private sector to increase investments in manufacturing in emerging markets and developing countries; and supporting technology transfer and know-how.

Another highlight of the Summit was two special sessions – the first was on the future of energy and climate/clean energy in Africa. U.S. Special Presidential Envoy for Climate, John Kerry, was joined by senior American officials, Ministers and senior African officials from key oil and gas producing nations, CEOs and other top executives from U.S. and African oil, gas and power companies and major investors in the sector.

A lively dialogue covered important topics such as Africa’s energy poverty, the need for energy access on the continent, calls for countries to work together to promote public-private partnerships to address climate change, and for fair treatment in the development and financing of Africa’s energy transition.

The second session brought together select business leaders with key Members of Congress, including Rep. Karen Bass and Rep. Chris Smith of the House of Representatives Foreign Affairs Subcommittee on Africa to discuss U.S.-Africa trade policy. This high-level dialogue focused on legislation such as the African Growth and Opportunity Act (AGOA), implementation of the African Continental Free Trade Agreement (AfCFTA) and explored what U.S. legislation and policies are needed to promote greater U.S.-Africa trade and investment.

Their message: “now is not the time to retreat from Africa, now is the time to invest and find new partners on the continent.” Corporate Council on Africa plans to support this through their ongoing programs and is looking forward to hosting the 2022 U.S.-Africa Business Summit in Morocco.

Florie Liser, CCA President and CEO, expressed appreciation to the CCA Board of Directors and the CCA team without whom the Summit could not have happened, and noted that CCA is here to support its Members and all those doing business in Africa.

WASHINGTON (BLOOMBERG, AFP) - Facebook is facing renewed fury from Washington after reports suggested the company knew, but did not disclose, that its … END_OF_DOCUMENT_TOKEN_TO_BE_REPLACED