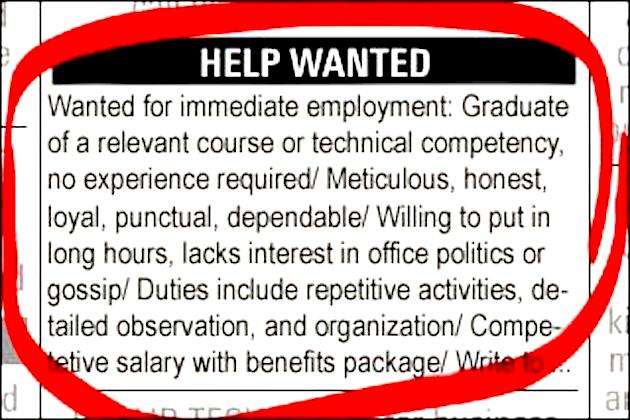 WASHINGTON, D.C: The number of Americans seeking unemployment aid last week decreased to 444,000, a decline of 34,000, which was the lowest since the start of the pandemic and a sign that the job market is strengthening.

Weekly jobless claims are used as a measure of the rate of layoffs, which has fallen steadily since the beginning of 2021.

Of note, the decline in jobless claims occurred following nearly all the nation’s Republican governors cutting off a $300-a-week federal unemployment benefit, which has been blamed for discouraging the unemployed from seeking jobs.

Those cutoffs of aid will begin in June.

Some 16 million people were receiving unemployment benefits, as of May 1, which is down from 16.9 million in the previous week.

The cut off of aid by states accelerated after far fewer jobs than expected were created nationally because employers could not find enough workers.

Twenty-one states have also announced that they will end aid to the self-employed and gig workers.

Economists are noting that as the economy recovers from the pandemic, consumers are spending at a healthy rate. Experts are predicting that the U.S. economy could grow by 7 percent this year.

WASHINGTON (BLOOMBERG, AFP) - Facebook is facing renewed fury from Washington after reports suggested the company knew, but did not disclose, that its … END_OF_DOCUMENT_TOKEN_TO_BE_REPLACED