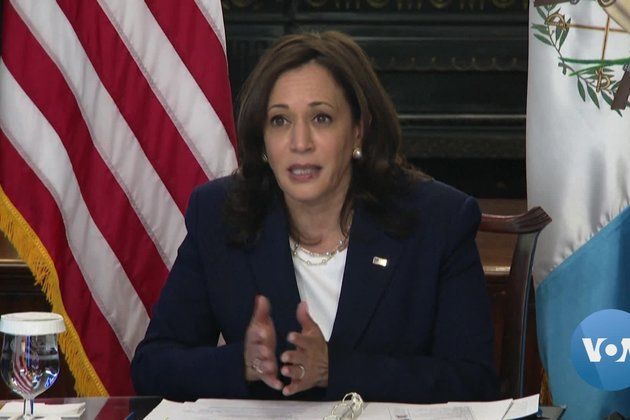 WASHINGTON – U.S Vice President Kamala Harris will visit Guatemala and Mexico this week, bringing a message of hope to a region hammered by COVID-19 and which is the source of most of the undocumented migrants seeking entry in the U.S.

Harris is taking her first trip abroad as President Joe Biden’s deputy with an eye towards tackling the root causes of migration from the region — one of the thorniest issues facing the White House.

She is set to fly Sunday to Guatemala, where she will meet with President Alejandro Giammattei on Monday before setting off to meet with Mexican President Andres Manuel Lopez Obrador on Tuesday.

Harris also has plans to meet with community, labor and business leaders, according to her team.

Harris said she hopes to have “very frank and honest discussions” about corruption, crime and violence.

Detentions of undocumented travelers, including unaccompanied minors, along the US-Mexico border hit a 15-year record high in April, with nearly 180,000 people intercepted — more than 80% of them coming from Mexico or the so-called Northern Triangle of Guatemala, Honduras and El Salvador.

Donation of coronavirus vaccines by the United States to the region is also expected to be up for discussion.

Harris already addressed the subject over the phone with Giammattei and Lopez Obrador on Thursday, just before Biden announced the shipment of a first batch of 6 million doses to be distributed in Central America and the Caribbean through the global Covax program, plus others to be sent directly from Washington to partner countries such as Mexico.

For security and democracy expert Rebecca Bill Chavez, “a real commitment” on the number of doses destined for the Northern Triangle would be “one very positive outcome” of Harris’s trip.

Another potential topic is the possibility of granting Temporary Protected Status (TPS) to Guatemalans living in the United States, allowing them to work legally.

And there could be talk in Mexico of the end of “Title 42,” a Trump-era coronavirus policy allowing the immediate deportation of undocumented migrants — even those who arrive seeking asylum.

The vice president’s trip to Central America is part of the Biden administration’s promise of a more humane immigration policy — in contrast to the hardline approach taken by his predecessor Donald Trump.

But Harris faces challenges even more complicated than the ones Biden dealt with as vice president under Barack Obama, when he himself was charged with handling the same matter.

“The conditions have deteriorated dramatically since 2014,” said Michael Shifter, president of the Inter-American Dialogue think tank, referring to a worsening economic situation and an increase in violence, both exacerbated by the pandemic.

The relationship between Washington and El Salvador has been tense since the Salvadoran Legislative Assembly, led by the ruling party, fired judges and the attorney general May 1, and after the U.S. labeled members of President Nayib Bukele’s government as corrupt.

And Honduran President Juan Orlando Hernandez was implicated of cocaine trafficking in a New York court earlier this year.

A group of 18 US Democratic senators wrote a letter to Harris ahead of her trip.

The Republican opposition, on the other hand, has accused Biden of creating a “crisis” on the country’s southern border.

Congress must still decide whether to approve the $861 million Biden has asked for next year as part of his $4 billion plan to take on the issue of illegal immigration.

Washington [US], May 21 (ANI): Amazon has announced that its multi-part 'Borat' special will be making its debut on Prime Video. The special, titled … END_OF_DOCUMENT_TOKEN_TO_BE_REPLACED

New Bern's Juneteenth Celebration brought hundreds of visitors to New Bern during the weeklong celebration. The event began on June 11 with an artwalk … END_OF_DOCUMENT_TOKEN_TO_BE_REPLACED