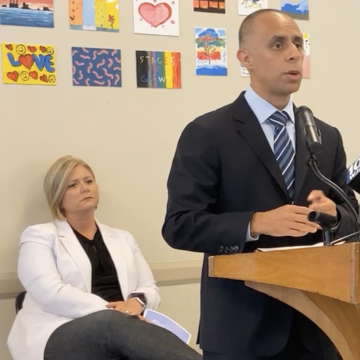 “through all the little deaths, the separations,

all the long untidy years to come…

who would say, through all of this,

we’re not redeemed by our essential silliness?’’

— From “The Church of the Backyard,’’ by Chris Forhan

“When I looked at a map in town, Rhode Island seemed lost up there in the corner. A state so small and crowded, there didn’t seem to be room for a person at all.”

― Michelle Hoover, in the novel The Quickening

Reading about many people reappraising their work lives because of the pandemic got me thinking about past work lives.

I’ve wondered how much the nature of the work that my ancestors did over the past couple of hundred years – some of it harsh — permanently changed their thinking, characters, and personalities and led them to look for other things to do.  They were farmers, ministers, boat builders, salt collectors, shoe company owners and managers, engineers, small-town bankers, lawyers, a couple of physicians, and other occupations.  Some of the old jobs have pretty much disappeared, such as harvesting salt on Cape Cod.

Now with digitalization and automation accelerating, we can expect the destruction of many current jobs to intensify.

Providence Mayor Jorge Elorza’s plan for the city to participate in a pilot guaranteed-income program may sound wacky considering all the other issues, such as the continuing crisis in much of the city’s public education, its huge unfunded pension obligations, lawless motorcycle, and ATV riders,  far too much trash blowing around, an upsurge in graffiti, etc., etc.

But private money will pay for the program, including $500,000 from Twitter mogul Jack Dorsey and other funds from the United Way of Rhode Island, the Rhode Island Foundation, the Providence Community Relief Fund and ONE Neighborhood Builders, for a total of $1.1 million.

The mayor’s office says that 110 recipients will be randomly selected for $500-a-month payments after submitting applications next month. Recipients must be Providence residents and at or below 200 percent of the federal poverty level — $25,760 for a single person or $53,000 for a family of four.

This experiment will cover few people, but we may learn stuff we may not have known about the behavioral economics of Providence’s poor as a result of the program.   That information may help in the crafting of future public policies. The University of Pennsylvania’s Center for Guaranteed Income Research is part of this initiative. It’s running research on the effect of providing unconditional cash payments to families each month.

“If there’s one thing that causes poverty, it’s the lack of money,” said Mayor Elorza of the program, recalling the immortal words of President Calvin Coolidge:  “When more and more people are thrown out of work, unemployment results.’’

It’s past time for Providence (and the courts) to start to far more rigorously enforce the traffic laws on motorcyclists. GoLocal News Editor Kate Nagle was seriously injured and almost killed on the East Side last Wednesday when a speeding motorcyclist hit her as she chatted with friends along a street, sending her flying. The motorcyclist sped off without stopping.

Providence Police arrested Brian Amadon on Friday and charged him with a felony count of “duty to stop in accidents resulting in personal injury” in the hit-and-run of Ms. Nagle. The police are to be commended for their fast investigation of this case!

More of a Rhode Island State Police presence in the city would be welcome.

New Bedford will double its space for staging facilities for offshore wind farms with a 29-acre parcel on the Whaling City’s waterfront to be developed by the city and private interests. A little bit of that land will be dedicated to some sort of fishing-related operation.

The 29 acres will be in addition to the state-owned New Bedford Marine Commerce Terminal, which Vineyard Wind and Mayflower Wind will use for staging for their wind farms off southern New England. New Bedford could become a sort of Houston for U.S. offshore wind.

The best thing about a proposed 12-story residential building in Providence’s  Jewelry District is that it would replace wind-swept parking lots, which are a visual and psychological cancer. The other good thing about the proposal is that the building would mostly consist of studio and one-bedroom apartments, for which there’s a need with more and more people living alone.

We’ll be interested in seeing GoLocal architectural critic Will Morgan’s take on the structure. 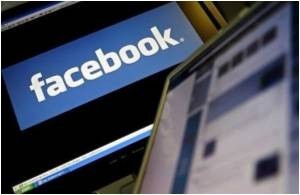 Big tech companies keep betting on the Boston area.  The latest, reports The Boston Globe, is that Facebook plans to lease another 270,000 square feet in Cambridge’s booming Kendall Square neighborhood. That would provide room for hundreds of new employees.  The company (not my favorite – it has poured poison into the body politic) already leases 130,000 square feet, with space for 650 workers, in Kendall Square.

Interestingly, big tech companies such as Google, Apple, and Facebook see the limitations of remote work.

The intellectual firepower in the region suggests that it will get through the economic challenges of the coming decades better than most of the country.

Of course, many (plus-30 percent?) white-collar workers will never return to full-time-in-the-office jobs

Meanwhile, PitchBook-NVCA Venture Monitor reports that Massachusetts startup companies (mostly in Greater Boston) raised a record $17.4 billion in venture capital in the first six months of 2021. Another reason for Rhode Island to glom onto the Bay State’s economy as much as possible.

Becker College, which had campuses in Leicester, Mass., and Worcester, has closed, adding to the toll of closed private colleges in the past few years. What to do with the properties? How about retirement communities? Outpatient clinics? Affordable housing?

For the Biden administration to agree to the  Haitian government’s request for troops after the assassination of its president,   Jovenel Moïse, would only briefly stabilize things, and then there would come the inevitable anti-American protests and more chaos. We’ve often intervened in that country to protect U.S. business and geopolitical interests, most notably – and sometimes brutally – in our 1915-1934 occupation.

Only the Haitians can solve that country’s problems. Our interventions have served to discourage the creation of home-grown institutions. Another U.S. intervention and quasi-occupation could further weaken Haiti’s already fragile existing institutions.

You might look at a map and suggest that Haiti be merged with the Spanish-speaking Dominican Republic, which shares the island of Hispaniola with French- and Creole-speaking Haiti. But the Dominicans don’t want it.

Certainly, the impoverished country needs humanitarian aid, which we should provide while knowing that some of it would be stolen or just wasted.

Then there’s Cuba, which President Biden last week accurately called “a failed state,’’ albeit a different kind than the chaotic one next door in Haiti.

I hope that the Biden administration approves a special high-altitude communications system to let Cubans evade the Communist tyranny’s censorship of the Internet and so undermine the regime.

Why do right-wing crooks such as  Faux News’s Tucker Carlson and  Laura Ingraham do everything they can to undermine COVID-19 vaccination campaigns aimed at keeping their suckered, ignorant fans healthy? Simple. They get higher ratings, and so more money, by peddling lie-filled, anti-scientific conspiracy theories. They are perfect representatives of the current national Republican Party, a neo-Fascist enterprise whose leaders worship Mammon and power above all else and whose leader is a sociopathic, traitorous grifter. Yes, yes, I know. Nobody’s perfect!

For that matter, Republican operators seem to be encouraging COVID outbreaks in order to undermine the economy and thus hurt the Democrats in the 2022 and 2024 elections. That in turn would be good for the plutocracy that funds the party.

Of course, the anti-vaxxing rhetoric of the likes of Ingraham and Carlson ends up killing some of their fans, who are heavily concentrated in Red States, which generally have America’s lowest levels of education. But Carlson and Ingraham don’t care. They laugh all the way to the bank.

Have Carlson and Ingraham been vaccinated? They refuse to say….Trump was secretly vaccinated in January before leaving the White House.

I was in hot, humid, and loud Manhattan the other day. It was dispiriting. But then I noticed when I woke up in the morning that the window of my fifth-floor hotel room looked directly into the very lush and green crown of a maple tree, and I felt better.  I went around the corner to the Murray Hill Diner, where two young guys were discussing an initial public offering. New York lives!

WASHINGTON (BLOOMBERG, AFP) - Facebook is facing renewed fury from Washington after reports suggested the company knew, but did not disclose, that its … END_OF_DOCUMENT_TOKEN_TO_BE_REPLACED