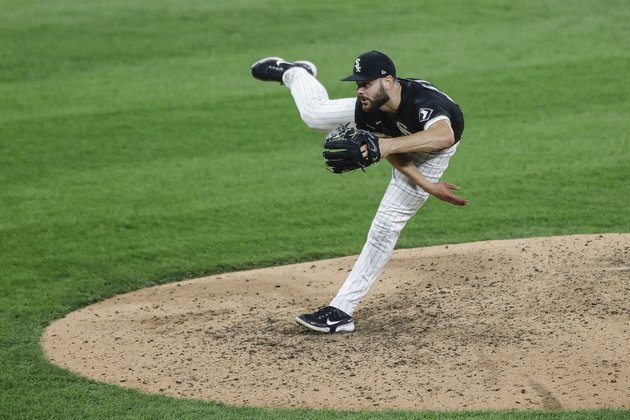 Two teams firmly in control of their respective divisions meet Friday when the Chicago White Sox begin a three-game series against the host Milwaukee Brewers.

Milwaukee leads the National League Central while Chicago sits 20 games over .500 and holds a commanding lead in the American League Central.

While the series could be viewed as a possible World Series preview, neither team is looking past this weekend’s matchup.

“We know our position in the standings,” White Sox pitcher Lucas Giolito said. “We are hunting wins. We want to win series. It’s going to be the same mindset going into each and every one.”

The 27-year-old right-hander allowed three hits, struck out eight and walked none while throwing 107 pitches in a 10-1 victory over Houston.

Giolito has won three of his last four starts and ranks fourth among American League leaders in strikeouts with 133, entering Thursday.

Avisail Garcia is 2-for-5 with a homer against Giolito, who earned the win in his only start against the Brewers on Aug. 4, 2020, when he allowed two runs over six innings.

Milwaukee has lost a season-high five straight home games and is looking to bounce back after dropping back-to-back games against Kansas City before Thursday’s off day.

“We just didn’t show up and take care of business the way we wanted to,” second baseman Kolten Wong said. “But you’ve got to tip your cap to the Royals for coming in and playing good ball and just taking it to us.”

The Brewers will turn to Freddy Peralta (7-3, 2.39), who is making his first start since July 10, when he received a no-decision against Cincinnati after giving up three runs and two hits over five innings.

The 25-year-old right-hander was named to his first All-Star team and has recorded a 1.91 ERA over his last 11 starts.

Peralta, who has 135 strikeouts in 98 innings this season, made his only previous appearance against the White Sox on Aug. 6, 2020. He threw three scoreless innings in relief, allowing one hit.

One possible distraction for Chicago was averted Thursday when rookie Yermin Mercedes returned to minor-league action one day after “stepping aside” from the game.

The 28-year-old hit .415 with five homers and 16 RBIs in 22 games in April, but he later struggled at the plate and was demoted to Triple-A Charlotte at the beginning of July.

The White Sox lineup has continued to thrive without Mercedes. First baseman Jose Abreu has hit safely in nine of his last 10 games, batting .351 (13-for-37) with three home runs and 12 RBIs over that stretch.

Chicago has also received a spark from leadoff hitter Tim Anderson. The shortstop has hit safely in 17 of his last 18 games, batting .375 (30-for-80) with three home runs and 10 RBIs over that span.

WASHINGTON (BLOOMBERG, AFP) - Facebook is facing renewed fury from Washington after reports suggested the company knew, but did not disclose, that its … END_OF_DOCUMENT_TOKEN_TO_BE_REPLACED