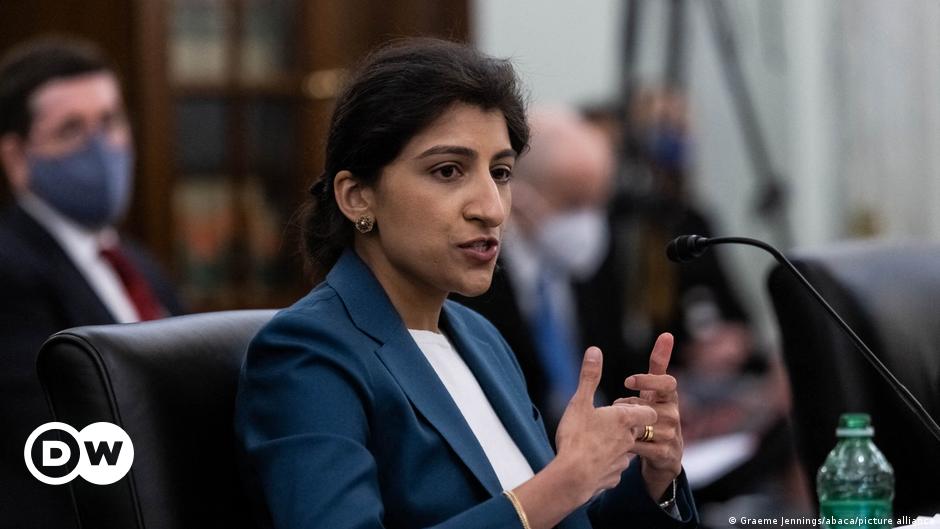 Just weeks after world leaders agreed to support greater taxation of multinational companies, US Big Tech firms now have another reason to sweat.

Last week, prominent Big Tech critic Lina Khan was sworn in as chairwoman of the US Federal Trade Commission (FTC). Just 32 years old, Khan is the youngest US trade commissioner ever. Many are touting her as the agency’s most progressive leader in a generation.

US President Joe Biden appointed Khan to the position, which she will fill until September 2024.

The FTC is responsible for enforcing US consumer protection laws, including defending consumers from fraud and unfair business practices. “It also enforces federal antitrust laws that prohibit anticompetitive mergers and other business practices that could lead to higher prices, fewer choices, or less innovation,” the FTC’s website says.

As its chair, Khan will steer the commission’s focus, setting the agenda and appointing the agency’s staff.

The appointment comes at a time when both Democrats and Republicans are souring on Big Tech. Once considered the scrappy darlings of the American business scene, companies like Amazon, Facebook, Google and Apple are now widely thought to have gained a dangerous amount of unchecked power and influence.

Khan has spent much of her career criticizing tech giants for supposed monopolistic practices. As FTC chairwoman, she’s now positioned to have a potentially transformative effect on the US business landscape.

Khan was born in London to Pakistani parents. The family immigrated to the US when she was 11 years old. In her twenties, she spent a few years at a think tank in Washington D.C. before obtaining her law degree at Yale University. She then worked at the FTC and again in Washington, providing legal counsel for a congressional investigation into the powers of Big Tech. She helped author a 449-page report that called for greater regulation of these companies.

In 2020, she became an Associate Professor of Law at Columbia Law School in New York City.

In 2017, the then unknown law student rose to prominence after publishing a standout paper in the Yale Law Journal, which criticized the lack of regulation applied to e-commerce giant Amazon. Titled “Amazon’s Antitrust Paradox,” the paper challenged traditional interpretations of antitrust law which focused on securing low prices for consumers. Khan argued that Amazon’s ability to undercut competitor prices does not justify the overall harm caused by the monopoly that it creates.

“The ability to dominate one market gives companies, in some instances, the ability to expand into adjacent markets,” she said at her Senate confirmation hearing in April.

Khan has said she plans to carry her scrutiny of the Big Tech players over into her role as FTC chair.

At the Senate confirmation hearing, she also voiced concerns over the harm data mining could pose to consumers. Targeted online advertising relies on user data, giving businesses a big incentive to collect it.

“In some cases, companies may think it’s worth the cost of doing business to risk violating privacy laws,” she said at the time.

The FTC has the ability to block mergers of corporations or influence terms of such agreements. It can also take companies to court for violating fair competition rules, which the agency has the power to set.

The commission consists of Khan and four other commissioners — two Democrats and two Republicans — who vote on all major decisions and changes. The decisions must also be held up in court.

A friend across the pond

Khan’s appointment drew praise from many who have worked with her over the years.

“If she chose to be a doctor, she would have been a star doctor. If she’d chosen to go to Wall Street, she’d be running a very powerful fund,” Barry Lynn, director of the think tank Open Markets Institute and Khan’s former boss, told The New York Times. “I am thrilled that she chose this path because she has the ability to transform America’s political economy.”

Voices from the tech industry were less enthused.

“Lina Khan’s antitrust activism detracts from the Federal Trade Commission’s reputation as an impartial body that enforces the law in a nondiscriminatory fashion,” Carl Szabo, vice president of tech industry lobby group NetChoice, whose members include Amazon and Google, said in a statement.

Khan will have a powerful ally in Margrethe Vestager, the EU antitrust watchdog who for years has sought to rein in tech giants’ influence in the bloc.

With a similarly minded counterpart in the country where these companies are headquartered, Big Tech will be facing one of its greatest challenges yet.

WASHINGTON (BLOOMBERG, AFP) - Facebook is facing renewed fury from Washington after reports suggested the company knew, but did not disclose, that its … END_OF_DOCUMENT_TOKEN_TO_BE_REPLACED