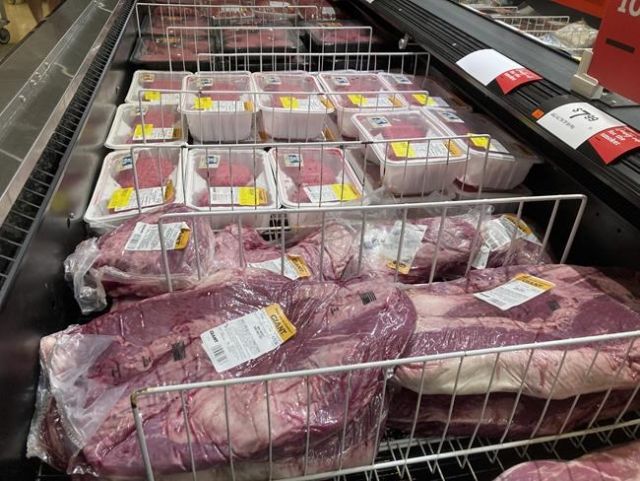 Inflation at the wholesale level in the U.S. jumped 1% in June, pushing price gains over the past 12 months up by a record 7.3%.

The Labor Department reported Wednesday that the June increase in its producer price index, which measures inflation pressures before they reach consumers, followed a gain of 0.8% in May and was the largest one-month increase since a 1.2% rise in January.

The news on wholesale prices followed a report Tuesday that consumer prices increased in June by 0.9% and were up 5.4% over the past 12 months, the biggest 12-month gain in 13 years.

The increase in inflation is coming at a time when the economy is rebounding from the pandemic recession and rising consumer demand is bumping up against bottlenecks and supply shortages which are pushing prices higher.

Nearly 60% of the gain in wholesale prices in June reflected a jump in the cost of services, led by higher margins received by wholesalers and retailers.

Food costs at the wholesale level were up 0.8% while energy costs rose 1% in June.

Core inflation, which excludes food and energy and the trade margins, rose 0.5% in June following a 0.7% rise in May.

The big jump in inflation in recent months has called into question the position of the Federal Reserve that the price increases will be temporary and are not a sign that inflation is threatening to get out of control as it did in the 1970s.

“Inflation has increased notably and will likely remain elevated in coming months before moderating,” Powell said.

Financial markets are watching the Fed’s comments closely for any indication that the central bank may decide to begin raising interest rates sooner than expected because of increased worries about inflation.

WASHINGTON (BLOOMBERG, AFP) - Facebook is facing renewed fury from Washington after reports suggested the company knew, but did not disclose, that its … END_OF_DOCUMENT_TOKEN_TO_BE_REPLACED