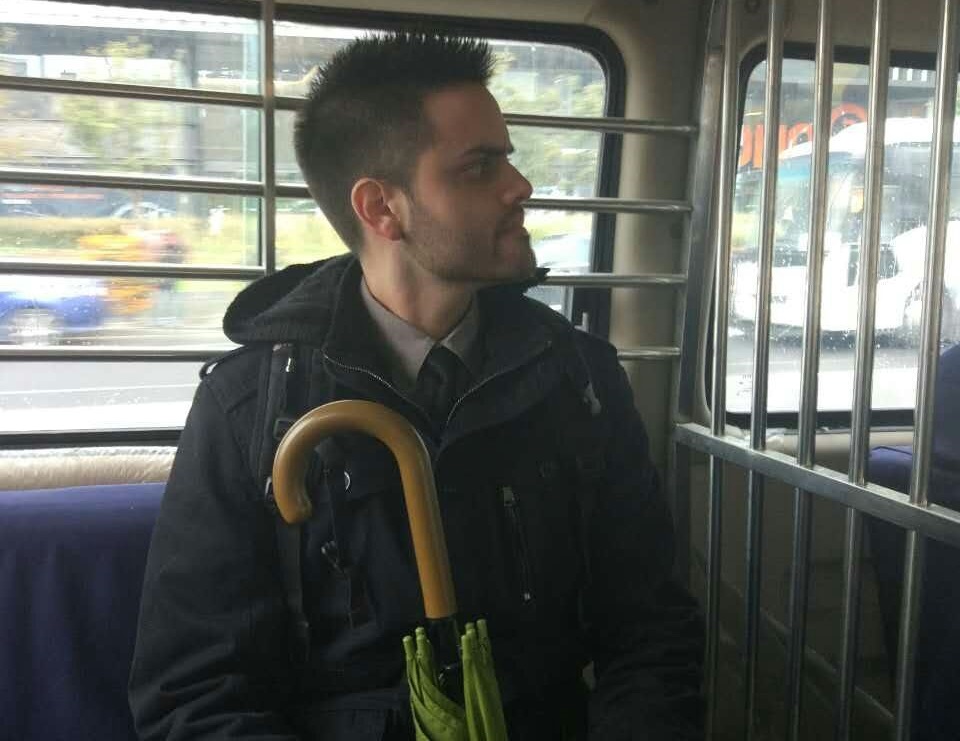 My entire body shuddered as I heard the CCP guards slam the large metal door behind me.

I was horrified. I stood there, blood-stained blankets in hand, trying to take in my new surroundings: the interior of a black-site Chinese communist prison cell.

Days earlier, a police raid had been carried out on my office in Beijing where I was told to show up at a police station to discuss why I was in China.

I spent hours being interrogated by CCP police officers after being separated from my colleagues.

“Do you know how much money we make,” one of the police officers asked me after his colleague inspected my Chinese income-tax documents.

“You make more than we make,” he shot back, implying that a foreigner earning more than a Chinese national was in and of itself, illegal. “You make too much money in our country.”

After nearly four hours of interrogation, CCP police managed to unpack my entire life, but found no evidence of any law having been broken. I was instructed to sign and fingerprint nearly 40 pages of documents in Chinese that I was not given time to read or translate.

In China, when the police tell you to do something, it’s a demand, not a question. There are no human rights organizations, mechanisms for due process, or media to cover police brutality.

Little did I know that this was the CCP’s way of getting me to secretly sign and fingerprint my “confession” documents.

“Come pick up your passports tomorrow,” we were told by CCP officers.

We returned the next morning, as instructed, expecting to pick up our passports. Once inside the police station, we were ushered into a barren room that had an oversized wooden table in the center and chairs lining the walls.

After nearly an hour of “waiting for our passports,” a prison-style transport van appeared through the window. One of my colleagues nudged me with his elbow sarcastically stating, “Maybe that’s for us.”

That military-style prison transport vehicle turned out to be a horrifying surprise-start to our day. CCP officers blatantly lied as it turned out that we were not at the police station to “collect our passports.”

“Get in,” one of the officers barked at us, after we had been marched outside. Without so much as a formal charge, or evidence that any law had been violated, we were subsequently forced into the cage in the back of the van.

That vehicle would ultimately transport us to our final destination later that night: a military-style black-site prison compound.

For nearly 15 hours, we were held in a holding cell without charge, carted around to a myriad of police stations and processing centers, and forced to undergo a litany of various medical tests against our will.

In China, there is no due process. There are no lawyers to call, no Miranda rights, no bail, no phone call, no day in court, and no media outlets that can legally cover your story. The CCP says you’re guilty and you simply disappear from society after being forced into a cage.

No one, aside from the Communist Party, has the power to challenge that decision. If you try, you’ll disappear too.

Under China’s notorious and vague security laws, we were ultimately and falsely accused of being “illegally employed” in the country.

When we finally arrived at the prison compound we were stunned at the level of security. The entrance was a manned checkpoint with 30-foot-high metal doors for vehicles to enter and exit. The perimeter was just as robust with high cement walls lined with barbed wire and watchtowers that were manned with armed guards.

This wasn’t a holding facility; it was a prison.

Inside, all of our belongings were taken from us. We were stripped naked, marched through metal detectors, shoved into rooms where our blood was drawn, and had our faces shoved into iris-scanning machines. All this after being held for nearly 15 hours without food and water.

We were instructed to grab blankets from a bin that were stained with blood, and given a prison jacket, pants, and sandals.

For nearly a month, that was the last I would see of anything aside from the inside of my prison cell where we were locked up 24 hours a day, except for a weekly exercise routine that was held in the prison courtyard in Beijing’s freezing winter temperatures.

I was locked up with 16 other inmates sharing a single squatter toilet, forced to eat yellow sludge out of a communal bucket, and made to sleep on wooden planks with our blood-stained blankets.

The prison cell was meant to hold maybe eight to ten inmates. There were 17 of us. Bright fluorescent flood lights beamed down on us 24 hours a day, and prisoners slept folded over each other on the insufficient space of the wooden planks.

Every two hours, inmates had to rotate to do the “watch” where you had to stand up against the wall and watch the other inmates to make sure no one tried to kill each other. If that happened, there was a red button on the wall that you were instructed to press for emergencies.

In other words, these conditions make it impossible to sleep, and you are forcibly sleep-deprived. Studies show that prolonged exposure to these conditions literally cause your brain to atrophy.

“Make him eat,” the guards would instruct, as they pointed at some helpless foreigner on the brink of death. Suicide warning signs were plastered on the walls.

After nearly a month of being held incommunicado and detained indefinitely, I was finally pulled out of my cell by CCP guards.

I was deported back to San Francisco in November of 2016, the very Bay Area I was born in and where I had attended college.

I returned to the U.S. extremely malnourished, horrifically sleep-deprived, sick, and PTSD-ridden. I was lucky to still be alive.

I responded by authoring a 350-page book capturing the horrors of that experience, “Surviving Chinese Communist Detention.”

This is a warning and a wake-up call to any foreign national entering China. Irrespective of whether you are a tourist, engineer, entrepreneur, or journalist in the country, it is not safe.

As a foreigner in China, you are sitting on a ticking time bomb that can go off on any day and for any reason. You don’t have to break a single law and you can have every working document necessary to be operating in the country legally, and you’re still not safe.

China is not a country that embraces human rights, due process, or their own laws. This is my warning to any foreign national that is entertaining the idea of visiting or moving to China for any reason.

Steven Schaerer is a tech worker and author of the book “Surviving Chinese Communist Detention.”

Views expressed in this article are the opinions of the author and do not necessarily reflect the views of The Epoch Times.

WASHINGTON (BLOOMBERG, AFP) - Facebook is facing renewed fury from Washington after reports suggested the company knew, but did not disclose, that its … END_OF_DOCUMENT_TOKEN_TO_BE_REPLACED