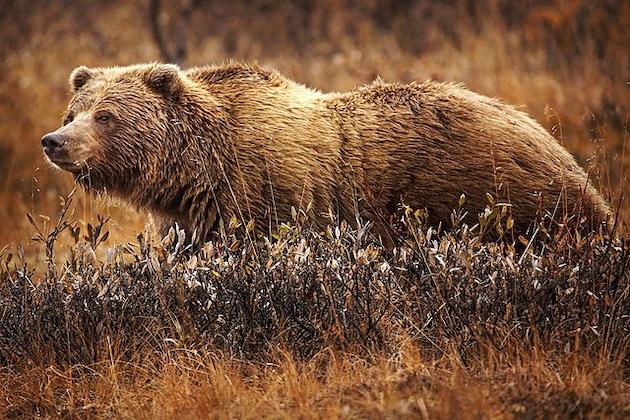 OVANDO, Montana: An unidentified woman camper was killed by a grizzly bear in Montana on Tuesday.

Officials from the Montana Fish, Wildlife and Parks said the attack occurred in Ovando, which is about 50 miles east of Missoula.

Spokesman Greg Lemon told CNN that the victim was a woman on a cycling trip and was camping when the attack occurred.

“It’s rare for us to have a human and grizzly bear encounter that results in a fatality,” Lemon said. “But it happens every year that people and bears have conflicts,” he told CNN.

Following the fatality, traps have been set in the area where the attack occurred. Authorities are searching on the ground and in the air for the bear, the Powell County Sheriff’s Office said.

Lemon said the bear will be euthanized after it is caught.

The parks department noted that in the hours before the attack, a bear was photographed by a camera at a local business and there were reports of a grizzly bear getting into a chicken coop.

“Our thoughts and prayers go out to the family of the victim of the bear attack this morning in Ovando,” the Powell County Sheriff’s Office said.

The sheriff’s office has temporarily closed the campsites in Ovando, where grizzly bear sightings are common, according to officials.

“We encourage anyone in the area to be cautious and aware that, as of now the bear in question has not been located,” officials said in a statement.

WASHINGTON (BLOOMBERG, AFP) - Facebook is facing renewed fury from Washington after reports suggested the company knew, but did not disclose, that its … END_OF_DOCUMENT_TOKEN_TO_BE_REPLACED